First Ukrainian AN-132 Aircraft With No Russian Components Makes Flight

The aircraft created by Ukroboronprom’s Antonov has been developed by cooperation between Ukraine and international aerospace firms that includes partners from USA, Canada, UK, Germany, France and other countries – Honeywell, Pratt & Whitney Canada, Liebherr-Aerospace Toulouse SAS, Dowty Propellers, the company said in a statement.

The program was launched in May 2015 and today the aircraft hit the sky. Decision on implementation of An-132 program was based on the request of the Kingdom of Saudi Arabia organizations, as well as aircraft operators. An-132D construction is the first stage of the program of creating light multipurpose aircraft of new generation AN-132.

An-132 is designed for short distance and medium-range routes, it will perform a wide range of tasks on transportation; different cargo cabin configurations are available. The aircraft will have a cruising speed of 500 km / h and a maximum cruise altitude up to 9000 m with a maximum payload up to 9.2 tons. In future, a whole family of different purpose aircraft will be developed on the basis of An-132.

An-132 also became the first aircraft, produced by the UOP Aircraft cluster that was created in 2016 as part of the reform strategy of Ukraine’s defense industry. Production and logistic algorithms – used by UKROBORONPROM while working on An-132 – will be used in other clusters. 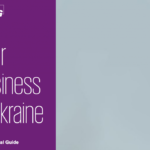 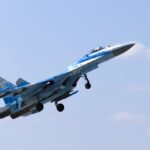