This being said, in 2020 from March to July Government of Ukraine (Guaranteed buyer) has not been keeping up with its commitments and paid out less than 5% of the total value of produced energy. Moreover, Government intended to retroactively make changes to the green tariffs.

In June 2020 RES sector companies, business associations and Government of Ukraine conducted a public dialogue which led to compromise deal under which green tariffs where lowered. Government committed to pay out all outstanding debts in few installments and continue to pay newly agreed tariff on a regular basis. Law on this matter became affective at the beginning of August. Nevertheless, payments made by the Government in August and September where only partial. What we see is regrettably non-compliance of the Ukrainian Government with its own commitments and obligations.

We urge Government of Ukraine and respective state authorities to address their attention to this and sort out a way to pay remaining debts out. By being able to stand by commitments Ukraine will demonstrate its devotion to principles of open and transparent business conditions as well as meet its deals with foreign investors.

According to information that was provided to the Chamber one out of four TIU Canada solar plants was disconnected from the electricity grid by Nikopol Ferroalloy Plant. This was made even though Ukrainian law does not allow to disconnect electricity producer from the power grid without its consent. TIU Ukraine and its parental company Refraction Asset Management are seeking immediate reconnection and may bring legal action in Ukraine and Canada to hold the party responsible for disconnection accountable and compensate losses.

TIU Canada is one of the first big Canadian investors in Ukraine. President of Ukraine Volodymyr Zelenskyi praised the company during the meeting with Economic Club of Canada in the course of his first visit to Canada in July 2019. The President called interested parties to follow an example of TIU Canada and invest in Ukraine.

Undoubtedly TIU Ukraine is a great example of successful direct foreign investment in Ukraine’s RES sector. Company produces and delivers its customers safe and clean power, conducts business transparently and socially responsible. Therefore, we call on the Office of the President and Government of Ukraine to take notice of this situation and keep facilitating and protecting foreign investments in Ukraine. We are willing to organize and conduct a meeting between Government of Ukraine and TIU Canada representatives to discuss the matter and find ways of resolving this issue. 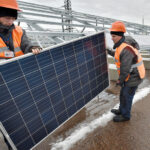 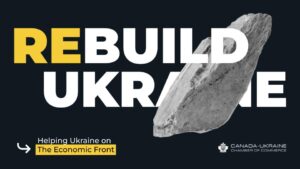 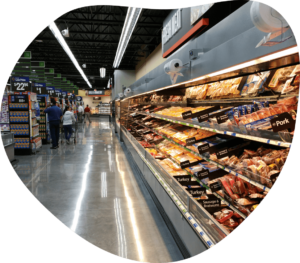 UCARE – creating ‘Ukrainian shelves’ in supermarkets all over the world