A Ukrainian agroholding I&U Group is building a new 6 megawatt biogas plant in the Kirovohrad region of central Ukraine. It is the first project financed with a total of 15 million euro loans from the European Bank for Reconstruction and Development and the Clean Technology Fund under the program aimed at developing renewable energy production from biowaste in the agricultural sector of Ukraine, EBRD reported on Oct. 24.

I&U Group was founded by a Kirovohrad businessman Sergiy Tarasov. The holding’s main company is Agrospetsservis, one of Ukraine’s biggest agricultural producers.

According to the company’s press service, its Novomyrhorod sugar plant accumulates approximately 90,000 tons of beet pulp, or leftovers from the processing of sugar beet, that usually decomposes in fields.

The new plant will be the first in Ukraine using an Austrian technology that allows for producing twice more power from harvest waste, byproducts, and manure than other biogas plant usually do. Moreover, the residues from the biogas production can be used as biofertilizers, partially replacing the chemical ones, and the process water is suitable for field irrigation after it is treated.

According to EBRD, the technology will reduce carbon emissions by 24,000 tons annually.

The Ukrainian government has set a goal of reducing costly energy imports to below 30 percent and increasing renewable power production from the current 4 percent to 11 percent by 2035.

Thanks to the feed-in tariff on electricity produced from renewable sources, Ukraine has attracted a record $1.3 billion worth of investment since 2015, mostly into solar and wind energy, less so in biomass. However, as an agricultural powerhouse, Ukraine has a huge potential in biogas production from harvest waste and manure which could also mitigate negative climate effects.

In order to benefit from the existing “green tariff,” I&U Group wants to launch the new plant before December 2019. The Ukrainian government plans to replace the “green tariff” with auctioning after 2019 when renewable energy producers will have to propose their price on electricity. 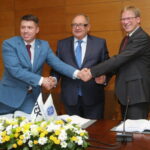 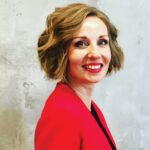