Ukrainian government plans to upgrade ports after decades of neglect

ODESA, Ukraine – Ukraine’s outdated and rundown ports might undergo a major revival as the government plans to invest Hr 44 billion, or $1.7 billion, into the infrastructure, according to Deputy Prime Minister Volodymyr Kistion, who spoke at the Ukrainian Ports Forum on May 31.

The first of its kind, the forum was held in Odesa, Ukraine’s third largest city with a population over 1 million people some 480 kilometers south from Kyiv. The 12-year plan includes 46 projects to upgrade Ukraine’s seaports in collaboration with other investors, Kistion said.

“This will give an opportunity to create more than 5,000 working places and provide a cargo capacity of 157 million tons of cargo per year,” Kistion said. Today’s capacity is 132 million tons.

The aim is to have 30 percent of the Black Sea region’s cargo turnover to be processed in Ukrainian ports by 2030.

As for Ukrainian rivers, they are meant by 2030 to transport a minimum of 50 million tons of cargo per year, meaning they would need to grow their cargo turnover six times comparing to the turnover of 2017, according to the Center for Transport Strategies in Ukraine, an independent consulting and information center.

Such plans sound impressive, but there are obvious obstacles that potential investors will face.

Although Ukraine rose in the World Bank’s Doing Business rating by 20 points during the past three years, it is still as low as 76th place, between Bhutan and the Kyrgyz Republic, countries with low economic output.

In terms of the seaport industry, the most difficult issue for investors and shipment companies is caused by extremely high port tariffs.

Even though Ukrainian port fees have been reduced by 20 percent since Jan. 1, tariffs are one of the highest in the region.

Alexander Varvarenko, CEO of Varamar shipping company, which operates around 30 ships across the world, told the Kyiv Post that “Ukrainian ports are the most expensive in the world. For example, if you take a Panamax ship, which carries 50-70,000 tons of cargo, then to enter Romania or Bulgaria will cost around $ 50-60,000, to enter Ukraine – $180,000.”

Moreover, the country’s ports are not part of any free economic zones, designated areas where ships are either not taxed at all or taxed very lightly, Maxim Stepanov, governor of Odesa, said.

“Ukraine is the only country in the Black Sea region that does not use this tool. In Romania, there are six free economic zones, in Turkey – about 20, in Ukraine – none,” Stepanov said.

In addition to high tariffs, Ukraine’s ports have been neglected during the past 25 years because of corruption and poor strategic planning by the government, making them unattractive to investors who are thinking of entering the region.

Some ports can barely survive today. For example, the Reni Sea Port in Odesa Oblast reloaded only 200,000 tons of cargo in 2017, which is 50 times less than in the early 1990s, Stepanov said.

“The port is in a coma – it will either die, or we have to do something about it. No investor wants to come here,” he said. The port occupies “94 hectares of land of which only 24 hectares are used.”

“We have difficulties with very poor handling of equipment in ports, corruption in Ukrainian ports, problems with threats and with ecological inspectors,” Smirnov said. “It is really destroying business.” 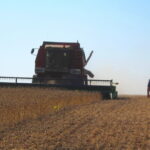 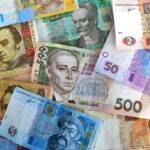 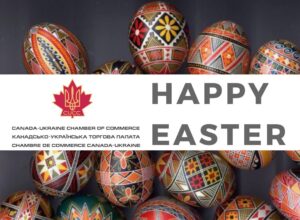