By Michael McFaul May 1

KIEV, Ukraine — Russian President Vladimir Putin is waging a global ideological war against Western liberal, democratic values. It has been underway for many years, and it extends from his own immediate neighborhood to Western Europe and, of course, the United States, where he intervened in the U.S. presidential election in 2016.

The front line of this ideological war between Putinism and democracy, however, remains Ukraine.

Having spent the last week in Kiev, I can see why Ukraine today frightens Putin. This Slavic nation with some shared historical and cultural legacies with Russia is building democracy. Over lunch one afternoon, I listened to members of Parliament argue vigorously over the pluses and minuses of a draft law. That doesn’t happen in Russia anymore.

On another morning, I met with two dozen non-government leaders working to combat corruption and disinformation. Ukrainian civil society remains robust, independent and a force capable of constraining the state and shaping public policy outcomes. There is little evidence of that in Russia, either.

Another evening, I heard several Ukrainian politicians complain about oligarchic ownership of television channels. But one oligarch — or the state — does not control all media outlets. That kind of media competition and pluralism no longer exists in Russia.

In conversation with Ukrainian government officials, business leaders and journalists, I also encountered a variety of assessments of the pace of economic and political reform under President Petro Poroshenko and his government. Some applauded new momentum toward decentralization; others dismissed its significance. Some highlighted real new efforts at fighting corruption; others lamented the slow progress. Some praised International Monetary Fund conditionality as a positive force for reform; others denounced the IMF’s neo-liberal orthodoxy as a drag on economic growth. But most striking of all was the debate itself. Different groups with opposing views were engaged in vigorous debates about major public policy issues. That also doesn’t happen very often in Russia anymore.

These contesting leaders, factions and parties are gearing up already to take their arguments to the voters, as the presidential elections are scheduled for next year, followed months later by parliamentary elections. Here’s another interesting thing: No one knows who will win. That’s how democracies are supposed to work — and it’s exactly what didn’t happen in Russia’s presidential election this year. Long ago — years ago — everyone knew that Putin would be the victor.

All of this democratic activity right on Russia’s borders threatens Putin and his system of government. If Ukrainians can make democracy work, they might inspire Russians to want the same. Therefore, Putin remains deeply committed to undermining Ukraine’s still-fragile democratic project. For four years, Putin’s forces have occupied parts of Ukraine, and continue to wage a war against Kiev in the country’s East. Russia continues to exert strong economic pressure on Ukraine. And the Kremlin’s propaganda efforts to portray Ukraine as a failed, corrupt state continue unabated both inside Ukraine and in the West. The Kremlin disinformation campaign creates a real quandary for Ukrainian civil society organizations: They want to continue to expose corruption and government failures, but in doing so, they also help the Russian narrative.

The next major battle in this international war of ideas will occur during next year’s presidential election in Ukraine. On a much greater scale than Russian meddling in our 2016 presidential election, the Kremlin and its surrogates will support candidates, sow division within Ukrainian society and fuel doubt about the freedom and fairness of the vote. Ambiguity about the legitimacy of the electoral process might tempt some to question the results, potentially triggering street demonstrations, polarization and maybe even violent clashes. Many Ukrainians said to me this week that this election is the most pivotal and most dangerous in Ukraine’s post-Soviet history.

Putin seeks to use this election to foment chaos, disorder and doubt about democracy. The United States and our democratic allies must seek the opposite: a peaceful, legitimate, free and fair election. We cannot sit on the sidelines and just hope for this outcome. Putin is engaged in pursuing his anti-democratic agenda; we must deepen our engagement now — not just weeks before the election — to advance the cause of democracy. This means, first of all, funding robustly anti-disinformation projects, campaign transparency initiatives and election-monitoring programs inside Ukraine as well as a massive international election-monitoring effort closer to the election.

Second, the Group of Seven — which Russia is not a part of — must commit publicly, and in advance, to use sanctions and other means to punish Russian interference in Ukraine’s election.

Third, Western leaders must state unequivocally that they are not supporting any individual candidate in this election, only the process. (I heard too many conspiracy theories this week about how the White House or Brussels will choose Ukraine’s next president. Those rumors undermine the legitimacy of the election.)

Fourth, Western democratic leaders must start now on putting together a new economic, military and political assistance package to be delivered immediately after the election, thus giving a boost to the next democratically elected president. The period right after the vote offers the most propitious moment to pursue the most painful but needed economic reforms.

Finally, all of these steps must be repeated for the equally important parliamentary elections occurring months later.

A free and fair presidential election would mark a major milestone in Ukraine’s democratic consolidation. That’s why Putin fears it. And that’s why we in the democratic West must support it.

Michael McFaul is director of the Freeman Spogli Institute for International Studies and a Hoover fellow at Stanford University, and a contributing columnist to The Post. He was previously special assistant to President Obama at the National Security Council from 2009-2012 and former U.S. ambassador to Russia from 2012-2014. 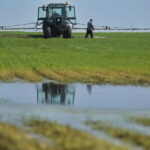 Ukraine Is Worth Fighting For 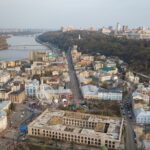