Ukraine is becoming a market of new opportunities and has every chance to join the list of the most dynamic economies in Europe, hence the Canadian business should be mainstreaming our state. This was stated by Prime Minister of Ukraine Volodymyr Groysman during the Ukrainian-Canadian Business Forum held in Toronto.

“I discover Canada these days, and I see the high potential of our bilateral relations and concrete content we can fill our cooperation with,” the Head of Government said.

He emphasized that now, especially in the context of the entry into force on 1 August 2017 of the Free Trade Agreement between Ukraine and Canada, Canadian business obtains a unique opportunity to find its own niche in the Ukrainian market.

Volodymyr Groysman stressed that only in the first half of this year the trade turnover between our countries had increased by more than 70%, therefore the FTA would be an excellent tool for intensifying bilateral trade, in particular in the framework of supporting small and medium-sized businesses, as well as the development of high-tech industries.

“We possess great opportunities – from the point of view of natural resources, industry. We are replenishing with the innovative content the development and transformation within our State. And there won’t be return to the past,” said the Head of Government, “Aircraft industry, energy, including gas extraction, agro-industrial complex, IT sector and new technologies, engineering and light industry – all of those are the most attractive, including for Canadian partners. We are talking about opportunities from land to space. We have 3.5 thousand enterprises, which today are state owned, but in the process of privatization they can find new owners, new technologies and new horizons for development.”

As the Prime Minister emphasized, the Government is committed to fully support the implementation of projects in each of the aforementioned areas, including through pursuing fundamental reforms and introducing measures to improve the business climate. The Head of Government drew attention to the fact that all these steps had been recognized on the international level. Thus, in the period from 2014 to 2017 Ukraine has improved the performance in the Doing Business World Bank ranking by more than three dozen positions, and now it is a challenge for us to enter the top twenty in the Staring A Business ranking and to strengthen the position in the Paying Taxes ranking.

According to Volodymyr Groysman, the Government is implementing true reforms but not imitating them. And that is why Ukraine will welcome the interest of Canada. The more so, Canada is identified as one of the top priority countries in the draft Export Strategy for our country until 2021. The Prime Minister suggested that representatives of Canadian businesses continue to closely monitor the reforms that are taking place and are planned to be implemented in Ukraine in the near future. Privatization, judicial reform and other changes open up new horizons and opportunities for cooperation, while healthcare and pension reforms will work to improve living standards and optimize social security mechanisms. 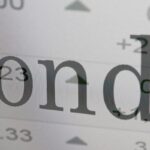 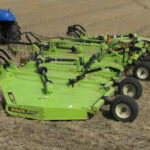