Ukraine’s parliament adopted crucial legislation aimed at fixing the country’s ailing healthcare system on Thursday, as opposition groups staged a third day of protests calling on the ruling coalition to speed up political and economic reforms. A new healthcare setup based on western models – replacing the remnants of a Soviet system that left Ukraine with one of the highest mortality rates in Europe – was supported by 240 MPs – more than the 226 required for a majority. Officials said financing “will follow patients” covered by state medical insurance, who will now choose their primary care doctors. Doctors that service more patients will see a boost in earnings.

Currently a large share of healthcare funding is inefficiently spent and pocketed by vested interests along layers of bureaucracy, leaving few resources for care and medical professionals’ salaries. Patients are often forced to make illegal cash payments to underpaid doctors. “Passage of the reform will be a positive sign that Ukraine is moving in the right direction and making progress towards becoming a European country,” the healthcare ministry said in a statement ahead of the vote.

The IMF and Ukraine’s western supporters have backed the reform efforts, which have been pushed through despite fierce internal opposition. The successful vote signalled that Ukraine’s pro-western leadership remained capable of pushing

forward with reform efforts, despite growing worries about its commitment and stability.

Concern has mounted that Kiev was failing to keep up with the requirements of a $17.5bn IMF assistance programme that had helped to stabilise the country’s economy after years of conflict with Russian-backed separatists in eastern regions. Earlier this month, lawmakers adopted an overhaul of a dysfunctional pension system, but the IMF has not yet made clear if the legislation was fully compliant with the programme. Foot-dragging on other commitments, including further increases on natural gas tariffs and formation of an independent anti-corruption court are among conditions for securing a long-delayed $1.9bn tranche.

Formation of the new anti-corruption court is one of three key demands of opposition groups and thousands of protestors that have surrounded the parliament since Tuesday, some camping outside overnight. President Petro Poroshenko has pledged to submit legislation on the new court before the end of the year.

Ahead of that, lawmakers were hoping to partially defuse the three-day political standoff on Thursday by adopting legislation in a first reading that would strip their immunity from prosecution. Protestors are also seeking reform of the country’s electoral system. 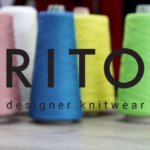 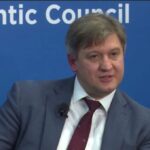