DAVOS. Jan 26 (Interfax-Ukraine) – The sector of Ukrainian product IT companies thanks to a rapid growth in recent years in terms of cost became comparable with the sector of outsourcing IT companies and has a significant potential of growth in the light of experience accumulated, the formation of an appropriate business environment and a high interest of venture investors, head of the supervisory board of the Ukrainian Venture Capital and Private Equity Association (UVCA) Andriy Kolodiuk considers.

“There appear more and more product companies. My total evaluation of product companies exceeds $2.5 billion: one deal with Looksery is $150 million, but we also have a full list of 3,000 start ups and companies in Ukraine. Therefore I am confident that the aggregate value of them has already exceeded $2.5 billion,” he said in an interview with Interfax-Ukraine on the sidelines of the Ukrainian lunch organized by the Pinchuk Foundation in Davos.

Kolodiuk, being also a venture investor, founder and managing partner of AVentures Capital, noted that venture investors invest only in product companies and do not invest in outsourcing.

“Large funds such as (George) Soros Fund, Horizon Capital invest in outsourcing – this is another story. And we invest in product companies because this is the exit [the possibility of selling to the very high profitability], on which this business is built,” he said.

According to him, among the projects available in the portfolio of AVentures, for example, Petcube will cost at least $600 million, and this success encourages other investors to invest.

The Ukrainian IT industry now employs 99,940 people — up from 89,300 last year — according to the latest report of DOU.UA, an authoritative industry resource. The figure includes programmers, QA specialists, project managers and other IT-related professionals.

Almost half of these professionals live in Kyiv (Kiev). Others are inhabitants of such other major Ukrainian cities as Kharkiv (Kharkov), Lviv (Lvov), Dnipro (previoulsy known as Dnipropetrovsk), and Odessa.

With its Ukrainian offices in Kyiv, Dnipro, Lviv, Kharkiv and Vinnytsia, US-headquartered EPAM is the biggest employer in the industry. Among other industry leaders are such companies as SoftServe, Luxoft, GlobalLogic and Ciklum, if judging by the number of employees, says the report.

With monthly salaries reaching or exceeding $3,000 for certain specialties, remunerations in the Ukrainian IT sector are high or very high by local standards.

Women are becoming more interested in the field. This year the share of female specialists now reaches 15%, up two percentage points from last year.

Ukrainians have shown growing hunger for IT education, according to the study. In 2015, almost 30,000 Ukrainians attended IT courses.

Among the organizations supporting the educational effort is the BrainBasket Foundation, a Ukrainian NGO. Earlier this year George Soros offered his personal support to BrainBasket’s Technology Nation program through the International Renaissance Foundation.

Ukraine’s IT work force could double to some 200,000 by 2020, according to a recent report on the Ukrainian IT outsourcing and software devemopment by Ukraine Digital News and AVentures Capital. 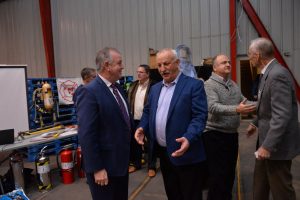 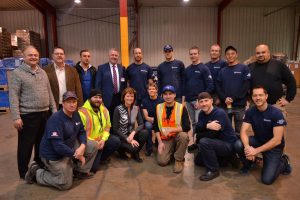 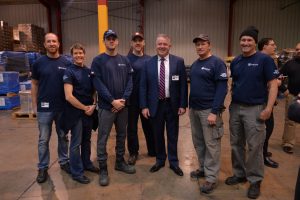 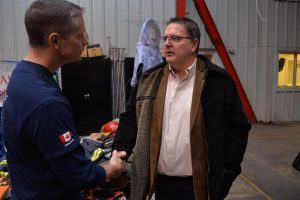 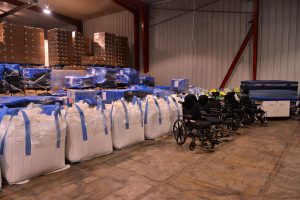 Three years after the Revolution of Dignity, the Ukrainian economy has stabilized and is ready for growth. Will the growth be fast or slow? Dangers lie ahead, but opportunities prevail.

Success is easily taken for granted, so it is worth recalling what Ukraine has accomplished in the past three years. An unsustainable budget deficit of 10 percent of GDP has now been brought down to about 3 percent of GDP, mainly through cuts in public expenditures. The public debt has leveled out at 80 percent of GDP, while the IMF had feared it would spiral out of control. The government has sensibly reduced the exorbitant payroll tax from 45 percent to 22 percent.

Foreign payments have reached balance thanks to a necessary devaluation of the hryvnia, and the exchange rate has stabilized on the market. Ukraine’s international gold and currency reserves have surged from $5 billion in February 2015 to $15 billion, sufficient for a gradual liberalization of the strict currency controls. Ukraine accomplished this while Russia deprived it of one quarter of its prior exports through draconian trade sanctions.

With the nationalization of PrivatBank on December 18, the National Bank of Ukraine (NBU) has nearly completed an impressive cleansing of the corrupt and undercapitalized banking system. Owing to its strict monetary policy, the NBU has reduced inflation from a high of 61 percent in April 2015 to 12 percent today.

Ukraine has carried out major structural reforms. The unification of energy prices deprived corrupt gas traders of up to eight percent of GDP. The e-declarations of wealth will deal a major future blow to corruption. The ProZorro public procurement system does so as well, and so do deregulation and improved corporate governance.

Yet none of this offers the Ukrainian people much solace. The economy started growing by 2 percent in the third quarter of 2016, but only after a frightful slump of 17 percent in 2014-15. The quality of public services must also improve. These are the great hopes for 2017.

In the new year, reform of the state administration should finally start in cooperation with the European Union. The byzantine top government structures need to be simplified, modernized, and opened up.

Acting Minister of Health Ulana Suprun has launched the first real reform of the Ukrainian health care system. Minister of Education Lilia Hrynevych is sensibly trying to restore the twelve-year school system that was vandalized under Viktor Yanukovych. The most important reform of the state is the judicial reform that was legislated last June. A new Supreme Court is supposed to be composed in March.

Hopefully, a reformed government will interact better with the private sector. More deregulation is gradually taking place, but do not expect significant improvement of the fiscal or customs services. That is likely to take another year.

Current forecasts suggest 2-3 percent growth in 2017, but it should be the year that Ukraine takes off with a much higher growth driven by exports to Europe, the Middle East, and China. Lower inflation and interest rates should spur credit expansion and drive higher domestic investment. Energy production should rise with lower taxation.

Yet our forecasts must not be too rosy. The greatest threat to Ukraine’s immediate future is US President-elect Donald Trump, who seems to be dying for an early deal with Russian President Vladimir Putin. The victim is all too likely to be Ukraine.

Another Russian threat is the arbitration case between Naftogaz and Gazprom in Stockholm. Naftogaz claims $28 billion and Gazprom $39 billion, which renders this the biggest international arbitration case in history. A verdict is expected in the second quarter, though any settlement would presumably take years.

Traditionally, Ukraine received about 4 percent of GDP in foreign direct investment each year, but this has effectively been zero since 2014 because of Russia’s military aggression, and minimal recovery is expected in 2017.

By contrast, Ukrainian domestic concerns seem relatively limited. Prime Minister Volodymyr Groisman aspires to the legalization of private sales of agricultural land by 2020, which might be realistic. After having failed to privatize the Odesa fertilizer plant twice, privatization has stalled. Corruption scandals are ample and they are welcome because they expose and impede corruption.

In view of Ukraine’s substantial reform attainments and embattled position, one would hope that the international community would mobilize $5 billion a year in international investment credits to compensate for some of the great damage Russian aggression has caused to the Ukrainian economy.

Anders Åslund is a senior fellow at the Atlantic Council in Washington. He tweets @anders_aslund.