Ukrainian IT Industry: How to transform Ukraine’s brain drain into brain gain

In February 1992 my former employer, Digital Equipment of Canada, moved me to Kyiv to develop its IT business from scratch. At the time, DEC was the No. 2 global IT company. Prior to my arrival, the transfer of sophisticated technology was prohibited due to strict Cold War export restrictions. Regulations were relaxed after the Soviet Union collapsed. Even then, in 1991, everyone talked about Ukraine’s IT potential. Twenty-five years have passed and Ukraine’s economy continues to struggle along, taking several steps forward then several steps back.

Despite this, Canada has remained a fervent supporter of Ukraine’s economic, social, and political transformation. Support is partially based on Canada’s strong Ukrainian diaspora, but also because Canada can serve as a good example. With both countries strong in agriculture and technology while bordering a big, influential neighbour, Canada and Ukraine have shared attributes of multiculturalism, diversity, and technology innovation.

As a show of this support, the Canada Ukraine Business Forum took place in June in Toronto. The objective was to increase trade and investment between Canada and Ukraine. Three weeks after the forum, Canadian Prime Minister Justin Trudeau arrived in Kyiv. While in Ukraine, he and Canadian Minister of Trade and Development Chrystia Freeland signed the Canada Ukraine Free Trade Agreement (CUFTA), eliminating about 98% of all duties. Promising sectors for trade include aerospace, transportation, energy, agro-tech, defence and security, and information technology. All have the potential to create win-win opportunities for both countries.

As a good example, one of Canada’s largest retailers has contracted more than 700 Ukrainian software engineers to help them develop leading edge IT solutions to maintain an advantage against global technology giants such as Amazon and Ebay. CUFTA will make more opportunities like this possible.

One of the most successful panels at the Toronto business forum was ‘The New Ukraine – an Emerging Technology Nation’, where the chasm between Canada and Ukraine’s high-tech ecosystems was evident. The key to Ukraine’s growth in ICT is investment. The problem is not a lack of private capital availability. According to the 2016 Preqin Global Private Equity & Venture Capital Report, global uncalled capital commitments, known as dry powder, stands at a record USD 4.2 trillion.

According to the Ukrainian Ministry of Economic Development and Trade, Ukraine is ranked the fourth most educated nation in the world, with over 99.7% literacy. Ukraine produces more than 130,000 engineers and about 16,000 IT graduates each year, making it the No. 1 engineering force in CEE. Ukraine is in the top three by number of certified IT professionals globally. Indeed, Ukraine is no longer just the breadbasket of Europe, it is evolving into a brainbasket for global IT.

Ukrainian IT sector can learn from Canada

Despite its strengths, Ukraine lags significantly in attracting venture capital investment. By way of comparison, Canada attracted USD 2.3 billion in venture capital in 2015, while Ukraine attracted just USD 132 million. Nevertheless, IT outsourcing in Ukraine has grown twenty-fold over the last decade, reaching USD 2.5 billion in 2015. The industry is expected to grow to USD 21 billion by 2021.

A recent article in Tech Crunch states that Toronto can become one of the biggest hubs for technology start-ups in North America over the next five-ten years. Both the Canadian federal and Ontario’s provincial governments offer strong support. Federal tax incentives to conduct R&D and economic development agencies such as FedDev Ontario help create, retain and grow businesses while cultivating partnerships. Furthermore, International Science and Tech Partnerships are supported so small companies with R&D programmes can receive financial support to partner with foreign researchers. Ukraine happens to have a good supply.

If we want the brainbasket to grow by harvesting its technology potential, similar programmes should be implemented by the Ukrainian government. Best practices from Canada and other innovation centres such as Israel and Silicon Valley should be adapted to the Ukrainian reality. There is no way to recreate a Silicon Valley in Ukraine and that temptation should be resisted. Building a technopark (i.e. Skolkovo, Bionic Hills etc.) as a real estate project is not the way to go. The government should help create the conditions for entrepreneurship and innovation to thrive, or at least get out of the way.

Since independence, Ukraine has suffered from a shrinking population and brain drain. Thousands of young people have left the country – many from the tech sector. They have built careers in technology centres such as Silicon Valley, Tel Aviv and Toronto. They have gained valuable education and skills that are very much needed in Ukraine. A colleague, Stas Khirman, himself born in Kyiv, is managing partner at TEC Ventures and Co-Chair of the influential Silicon Valley Open Door Conference. He has researched that a minimum of 5% of Palo Alto residents, the heart of Silicon Valley, are Russian-speaking – mainly immigrants from the former Soviet Union. Accomplished entrepreneurs like Jan Koum and Max Levchin, both born in Ukraine, have achieved their success outside Ukraine. They would make wonderful mentors. The tipping point will come when those who left return to Ukraine to build their careers and companies, as many entrepreneurs from India and China have done after achieving success abroad.

Despite challenges, the Ukrainian tech sector has shown that it will continue to grow and prosper. If coupled with a well-defined strategy and best practices from global innovation hubs, and combined with stubborn Ukrainian creativity, the tech sector can play a more important role in Ukraine’s transformation than many realize. Ukraine has the ingredients to be the world’s breadbasket and brainbasket. It just needs the right recipe. Every Canadian knows this.

Bohdan Kupych (bohdan.kupych@kmcore.com) is Vice President of KM Core and Managing Partner of Borsch Ventures, a technology holding company based in Kyiv with a portfolio of operating and early stage technology companies 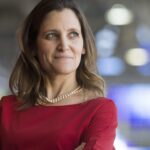 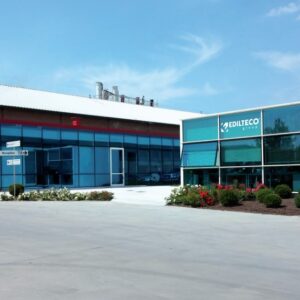 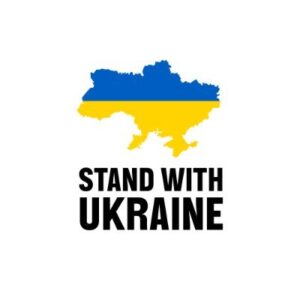